Z-Uno - Z-Wave Board for ArduinoUSB Adapter with Battery Gen5
Back to: PC Adaptors 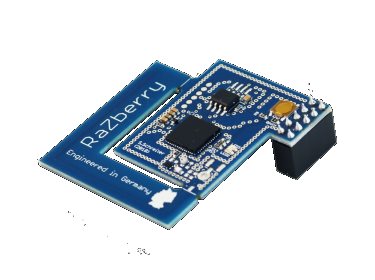 The RaZberry2 turns every Raspberry PI into a Z-Wave Home Automation Gateway.

The bundle of hardware and precompiled Z-Wave wireless network management software waits to be completed by your own user interface running in a web browser or a mobile phone. The Z-Wave software offers an easy to understand and easy to use interface applying the well-known Java Script interface technology JSON on a built in web server.

Writing your own home automation app was never easier and never more affordable.

The RaZberry 2 has an optimized antenna so that this module can nowachieve a range of up to 200 meters.

The RaZberry consists of four parts:

Please note: The package includes only the Z-Wave plug-and the necessary software. The Raspberry Pi baseboard is NOT included. More information is available on the website RaZberry razberry.z-wave.me.